2014 has been rather hectic for me, between frantically looking for jobs, pounding on the writing, and doing schoolwork. This weekend, I FINALLY found some free time to do a little bit of illustration, and the result is what you see here.

Lately, I’ve been on a colonial history kick. One of my writing projects is on the French and Indian War – I decided to temporarily shelve my book on ancient Egypt. I intend for this book to be fully illustrated, and one of the pictures that will be in it will be this portrait of a French officer. His name was General Jean Ludwig August Armand, Baron von Dieskau. He was a German-born officer who fought in the French Army during the opening stages of the French and Indian War. 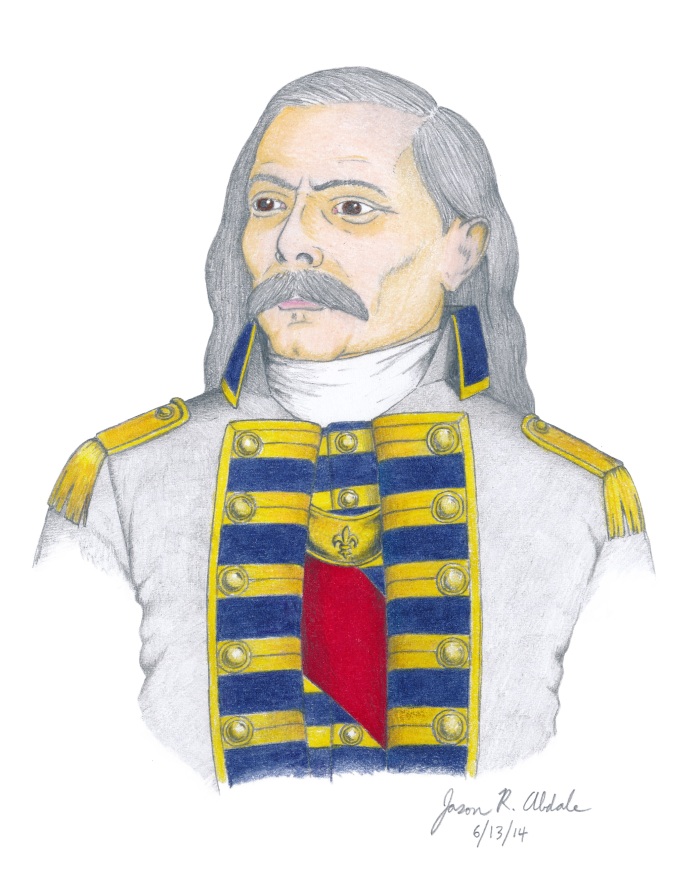