March 19 – The Feast of Minerva

March 19 marked the beginning of the Quinquatria, “the Festival of Five Days”, spanning from March 19 to 23. This was a five day long celebration of the goddess Minerva, the Roman version of the Greek goddess Athena. She was a goddess of wisdom, knowledge, intelligence, cleverness, wit, strategy, creativity, and artistic inspiration, and she served as the patron goddess of philosophers, writers, artists, musicians, doctors, and teachers. The festival was originally called the Quinquatrus, “the Fifth Day”, because it took place on the fifth day after the Ides of March (even though it’s actually four days). Later, this got changed to a five day festival and it was renamed the Quinquatria, “Five Days” (Marcus Terentius Varro, On the Latin Language, book 6, verse 14. Translated by Roland G. Kent. London: W. Heinemann, 1938. Page 187).

“The Quinquatrus: this day, though one only, is from a misunderstanding of the name observed as if there were five days in it. Just as the sixth day after the Ides is in similar fashion called the Sexatrus by the people of Tusculum, and the seventh day after is the Septimatrus, so this day was named here, in that the fifth day after the Ides was called the Quinquatrus” (Marcus Terentius Varro, On the Latin Language, book 6, verse 14. Translated by Roland G. Kent. London: W. Heinemann, 1938. Pages 187, 189).

The main day of celebration was the first day, March 19, which served as the feast day of the goddess Minerva. Festus claims that the reason why Minerva’s feast day fell on March 19 was because this was the day that her temple on the Aventine Hill was consecrated. Religious law dictated that no blood could be shed on March 19. Therefore, there were no hunts, no animal butchering, no preparing of meat, no gladiator fights, and no physical harm done to anyone. However, there were gladiatorial games for the four days afterwards (Ovid, Fasti, book 3, March 19). Women also consulted sooth-sayers and fortune-tellers on this day. As a protector goddess, women were understandably anxious about the fate of themselves and their families (“Quinquatrus or Quinquatria”).

The Feast of Minerva was a day dedicated to creativity and the arts. It was a special day for artists and craftsmen, a day to let their muse truly shine. As Ovid states…

“Pray now you boys and tender girls to Pallas [“the Protector”, a title given to the Greek goddess Athena, and adopted by the Romans for Minerva]. He who can truly please Pallas is learned. Pleasing Pallas let girls learn to card wool, and how to unwind the full distaff. She shows how to draw the shuttle through the firm warp, and close up loose threads with the comb. Worship her, you who remove stains from damaged clothes, worship her, you who ready bronze cauldrons for fleeces. If Pallas frowns, no one could make good shoes, even if he were more skilled than Tychius. And even if he were cleverer with his hands than Epeus once was, he’ll be useless if Pallas is angry. You too who drive away ills with Apollo’s art, bring a few gifts of your own for the goddess. And don’t scorn her, you schoolmasters, a tribe so often cheated of its pay. She attracts new pupils. Nor you engravers, and painters with encaustics, nor you who carve the stone with a skillful hand. She’s the goddess of a thousand things, and song for sure. If I’m worthy may she be a friend to my endeavours. Where the Caelian Hill slopes down to the plain, at the point where the street’s almost, but not quite, level, you can see the little shrine of Minerva Capta, which the goddess first occupied on her birthday. The source of the name is doubtful: we speak of ‘Capital’ ingenuity; the goddess is herself ingenious. Or is it because, motherless, she leapt, with a shield from the crown of her father’s head (caput)? Or because she came to us as a ‘captive’ from the conquest of Falerii? This, an ancient inscription claims. Or because her law ordains ‘capital’ punishment for receiving things stolen from that place? By whatever logic your title’s derived, Pallas, shield our leaders with your aegis forever” (Ovid, Fasti, book 3, March 19). 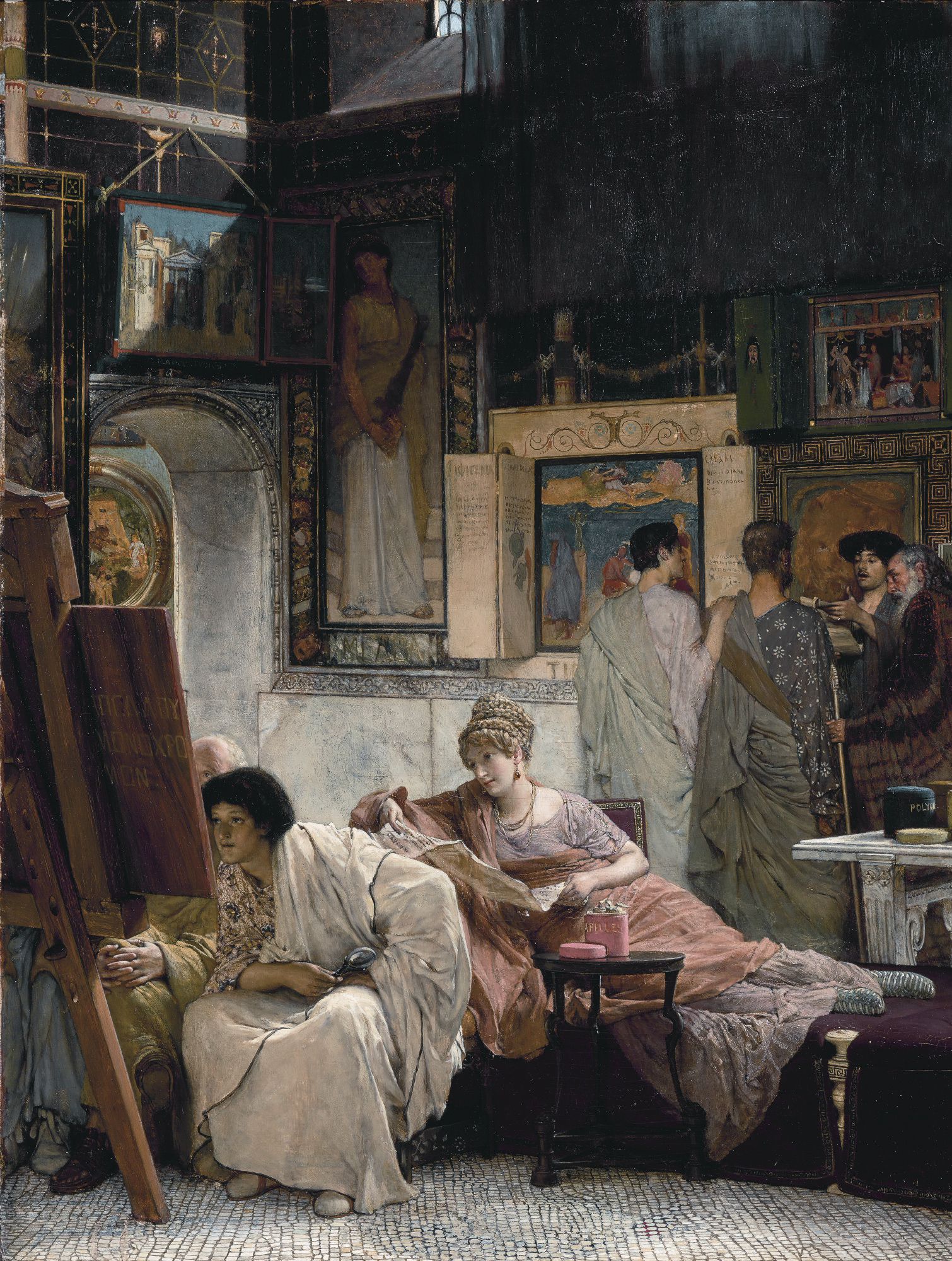 According to the Roman historian Suetonius, the emperor Domitian took the Feast of Minerva very seriously; it was one of his favorite holidays…

“He celebrated the Quinquatria too every year in honour of Minerva at his Alban villa, and established for her a college of priests, from which men were chosen by lot to act as officers and give splendid shows of wild beasts and stage plays, besides holding contests in oratory and poetry” (Suetonius, The Twelve Caesars, book 12, chapter 4)