Home › History › January 16, 7 BC – The Day that Germany Surrendered to Rome

January 16, 7 BC – The Day that Germany Surrendered to Rome

The date of January 16, 7 BC is important for both Roman and German history.

Ten years earlier in the year 17 BC, three German tribes crossed the Rhine and raided Gaul, which was controlled by the Roman Empire. It wasn’t long before the barbarians ran into a Roman cavalry unit and forced them to retreat. Pursuing them, the Germans stumbled upon the commander of the 5th Legion, Marcus Lollius, and in the skirmish, the Germans captured the 5th Legion’s eagle. This event would provide the pretext for a Roman invasion of Germania (1).

In 13 BC, Caesar Augustus dispatched his 25-year-old stepson Drusus Claudius Nero to lead a military campaign against the Germanic tribes. An experienced commander who had won some fame in the conquests of Rhaetia and Vindelicia, the invasion of Germania would be a prestigious commission. He arrived on the Rhine River that same year and surveyed the situation, collecting as much information as possible. Throughout the following year, he built a series of forts along the Gallic side of the Rhine to serve as staging posts, he stockpiled supplies, and he accumulated a mass of intelligence from his scouts and recon forces. After he felt that he had enough men and enough info, he was ready (2).

In 11 BC, Drusus Claudius Nero designated Fort Vetera (modern-day Xanten) as his operation headquarters. Rome’s campaign to conquer western Germania began that year when Drusus’ men intercepted another Germanic raiding party that had crossed into Gaul, and beat them so hard that the Germans were forced to run. Afterwards, Drusus and his soldiers crossed the Rhine – the first time that a Roman army had crossed the Rhine since the days of Julius Caesar – and proceeded to lay waste to the land. In a single campaign season, he defeated four German tribes (3).

In the Spring of 10 BC, Drusus’ men once again attacked the border tribes, and then advanced inland. His troops pushed as far east as the Weser River, but they had to stop because they had run out of supplies. As the Roman army marched back to their winter quarters, they were ambushed by a large force of Germanic warriors. The Germans inflicted heavy casualties upon Drusus’ army and came very close to completely destroying it. However, the barbarians were cocky and believed that this would be an easy victory, but Drusus rallied his forces and they fought their way out of the ambush. Drusus led the survivors back to safety, but the Germans pursued them and harassed them the whole way. Despite this loss, the overall campaign was a success. Drusus returned to the city of Rome during Winter to give an account of his actions. Impressed with what he had accomplished so far, it was decided that a triumphal arch was to be erected in his honor. (4).

In the spring of 9 BC, Drusus was once again in action against the Germans. He spent the whole of that campaign season fighting against one tribe, the powerful Chatti tribe that occupied a large piece of southwestern Germania, and who may have been the third-strongest of all of the Germanic tribes. By the end of the campaign season, they were still not yet subdued (5).

In the spring of 8 BC, defying bad omens for the coming year, Drusus resumed his fight against the Chatti and pushed further eastwards towards the Elbe River. Once he reached this point, he and his men turned back, but disaster struck when Drusus was thrown off of his horse and broke his leg. The injury quickly became infected. After languishing for thirty days, Drusus Claudius Nero died of gangrene at the height of his glory. His body was brought back to Rome for a hero’s funeral, while his loyal soldiers erected a monument to him in Mainz, which can still be seen today. It was also decided to posthumously award him the honorific agnomen “Germanicus”, a name that would be borne by all of his male descendants (6). 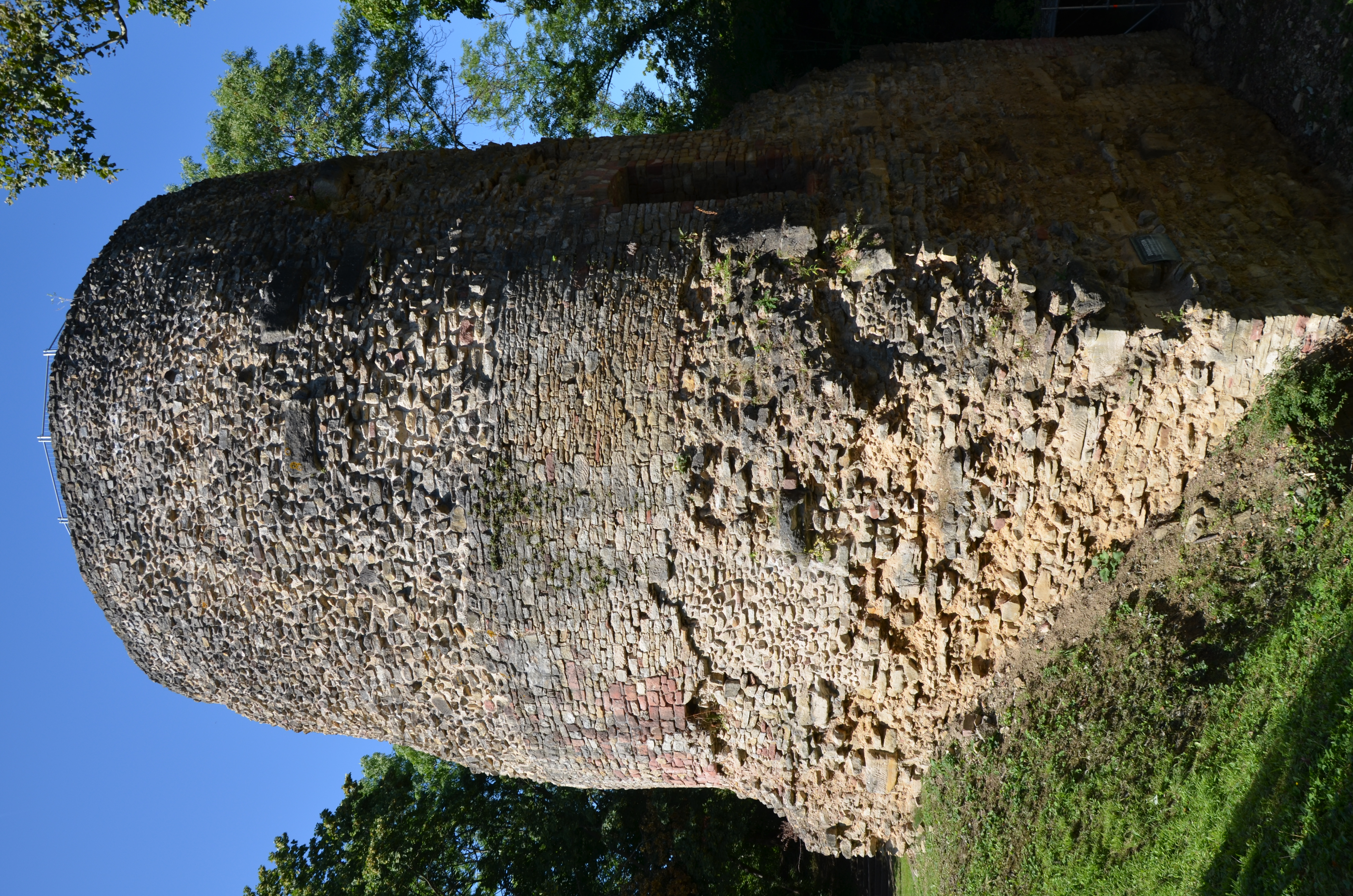 Drusus’ untimely death did not put a halt to Rome’s military operations in western Germania. With Drusus dead, his older brother Tiberius took command. At first, he was more interested in consolidating and controlling the territories that Drusus’ men had taken the previous year. Tiberius and his troops went up and down the country during that winter, subduing the tribes and suffering minimal or no losses (7).

Finally, the Germanic tribes decided that they had enough. The Roman poet Ovid states in his Fasti that, after many years of war, the western Germanic tribes surrendered to Tiberius Claudius Nero on January 16, 7 BC. To commemorate the peace treaty, Tiberius ordered the construction of a shrine to the goddess Concordia, the goddess of peace, harmony, and friendship. Cassius Dio relates that for the rest of 7 BC, all of Germania was quiet. In the year 6 BC, confident that everything in Germania had been taken care of, Tiberius retired to the island of Rhodes (8). 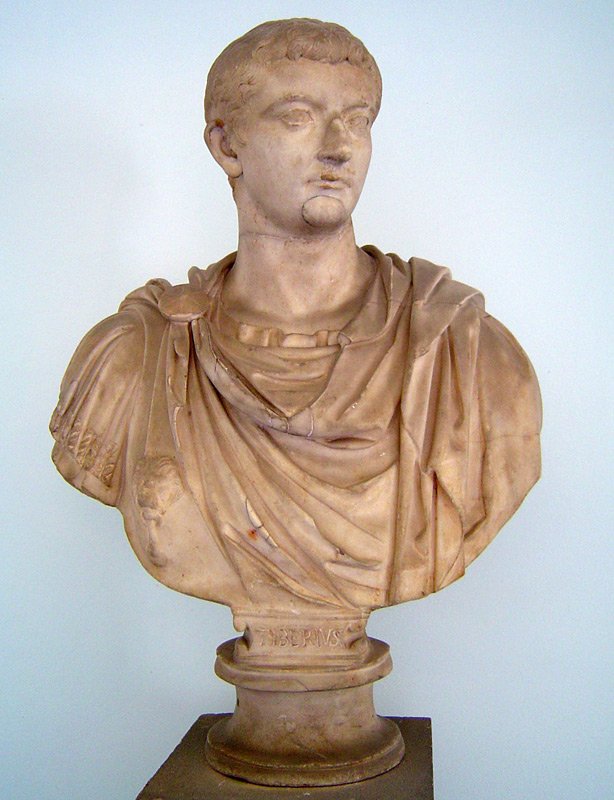 Unfortunately, the German barbarians’ surrender to Rome on that winter day did not create a lasting peace. In the year 1 AD, the Germanic tribes revolted against the Roman military occupation of their land, a revolt that would take three years to suppress (9).

In the year 10 AD, the year following the disaster at the Battle of Teutoburg, the old temple to Concordia which lay within the city of Rome, and which had been built many years earlier and had fallen into disrepair, was restored and re-dedicated. This effort was funded using the spoils of war that had been taken in battle against the Germans and the Illyrians. Tiberius Claudius Nero was the one who performed the dedication ceremony, and the names of both he and his dead bother Drusus were inscribed upon it (10).

This temple that’s mentioned in the writings of Suetonius and Cassius Dio might be the same as the “shrine” to Concordia that Ovid is referring to, but I doubt it. Ovid specifically states that Tiberius built a shrine to Concordia specifically in response to the surrender of the German tribes on January 16, 7 BC, which brought peace to that region of the world. I find it a bit off-putting for Tiberius to have dedicated a shrine in direct response to establishing peace with the Germans the year after the Germans massacred three Roman legions in the region of Teutoburg; some people might find such an action to be exceptionally tactless. Therefore, I believe that the shrine and the temple are two separate structures: one established immediately after the peace treaty was made in 7 BC, and another that was restored and dedicated in 10 AD.